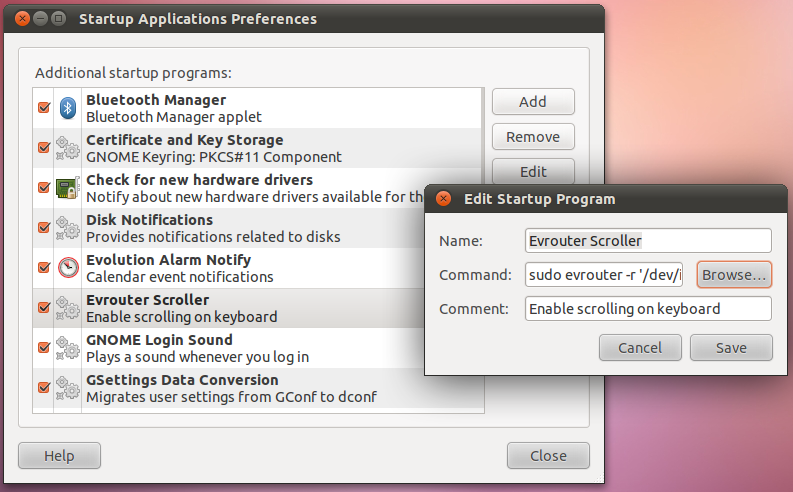 Be careful with the quotes. Its not shown in the above image but the exact command is: Now reboot and if all's well scrolling should work automatically!