Impact of Noise on Sine Wave Compared to Square Wave

My last post showed how to use sox and Audacity to generate and view sinusoid signals. This is useful for quick demonstration of basic concepts of communication signals. The following is one such demo: showing how noise impacts on different shaped signals in different ways. In particular, how a communications signal with few frequency components (e.g. sine wave) has increased chance of bit errors in presence of noise when compared to those with many frequency components (e.g. square wave).

For further details of these concepts see my lecture on data transmission for ITS323 (lecture notes, video). If you don't want to generate the signals using sox you can download them below. They can be opened in Audacity and probably many other audio editors.

Generate a 1000 Hz sine wave with duration 10ms. This is the transmitted sine signal.

Concatenate the three noise segments to obtain 10ms of noise:

Mix the transmitted sine wave with the noise to obtain the received signal.

The three signals (transmitted, noise and received) are plotted below in Audacity. The portion highlighted on the received signal has an average value which is positive, when the transmitted signal at the same time was negative. That is, the receiver assumes a high signal received (e.g. bit 1) when in fact a low signal was transmitted (e.g. bit 0). A bit error occurs. 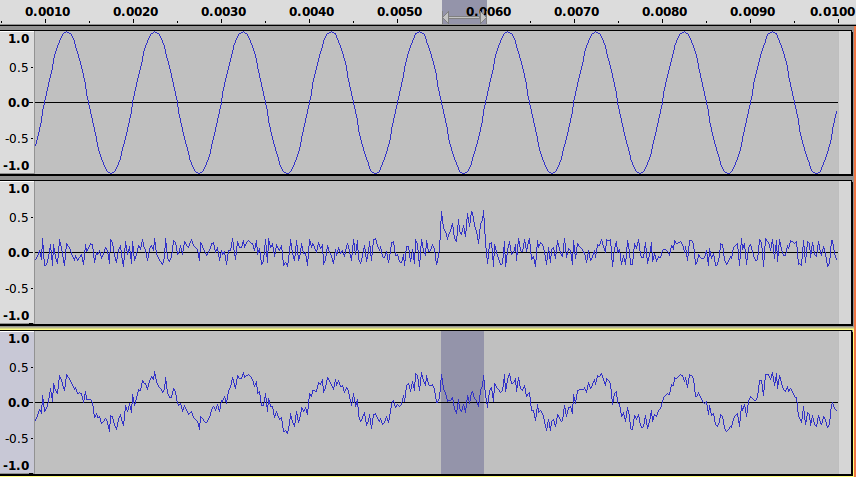 Mix the square wave with the same noise signal as used above to produce the received signal.

Below are the three signals. The highlighted portion is on average negative. In this case the received bit (low, 0) is the same as transmitted (low, 0). There is no bit error. 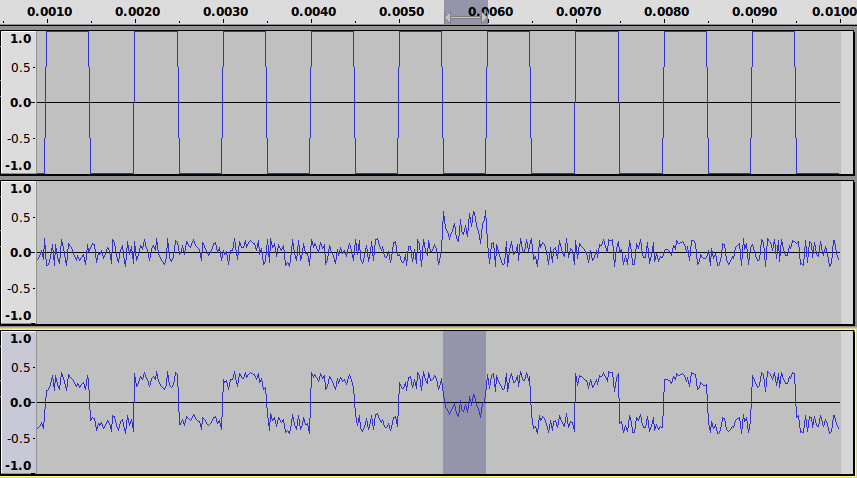 Although a very simplistic example, the main point is that the closer the transmitted signal is to a square wave, the less chance bit errors will occur.